The Charity shop opened in 2000 to assist with the fundraising that we had to begin as the Grade 2 listed building of Our Lady and St Hubert’s was in tremendous disrepair. It had suffered water ingress over the 142 years since it was built and this had led to wet and dry rot along with several other issues. We applied for a Heritage Grant through the Lottery and it was successful but we had to contribute towards the costs which were over £1m. The Presbytery and land for the former School were sold and the Presbytery was in the same state as the church so we could not afford to repair this as well and by then we were merged with St Wulstans Parish so it was not required for the Parish Priest.


What was achieved so far

The works undertaken, which in part or fully funded by the shop include amongst other things:

Since the shop began, a running total of how much was raised up to now totals over £740,000.

Re-roofing the Church, replacing all exterior pointing with lime mortar, replastering the internal walls with lime plaster to enable the solid walls to dry out. The Church was rewired and redecorated in the original Pugin colours. The Spire was fixed to make it watertight and the Bell in the Bell Chamber was made safe by welding it in place to prevent it falling. The body of the Church and Sanctuary were carpeted and the pews refurbished to make them comfortable. The windows were fixed so that several could be opened during the summer months to allow fresh air into the Church to help keep it dry. They windows were also netted to keep the birds out and the Organ was moved from the Choir Loft to its current position. The organ pipes were also refurbished. The Stations of the Cross were removed, repaired and repainted following the water damage they had suffered. The list goes on and on.

Externally, the Graveyard has been refurbished and laid to grass where possible and all hazardous monuments made safe. The Grotto has also been refurbished and all perimeter walls have received attention and been rebuilt where necessary. The monthly upkeep of the Church grounds together with those of St Wulstan’s have been paid for over the last 21 years by the shop.

At St Wulstan’s, the shop has paid for the redecorations of the Church and new floor coverings. The West Gable was repointed, and steps were made to treat dampness in the porch and a new floor was laid. Disabled ramps into the Church were also provided. Again the list goes on.

Last month, the Calvary garden at our Lady and St Hubert’s was dug out as the daffodils were spent and no longer filling the area. It was dug out to around 12 inches, filled with manure and new topsoil and over 1000 daffodils planted so that we will have a beautiful garden to welcome people into the Church. 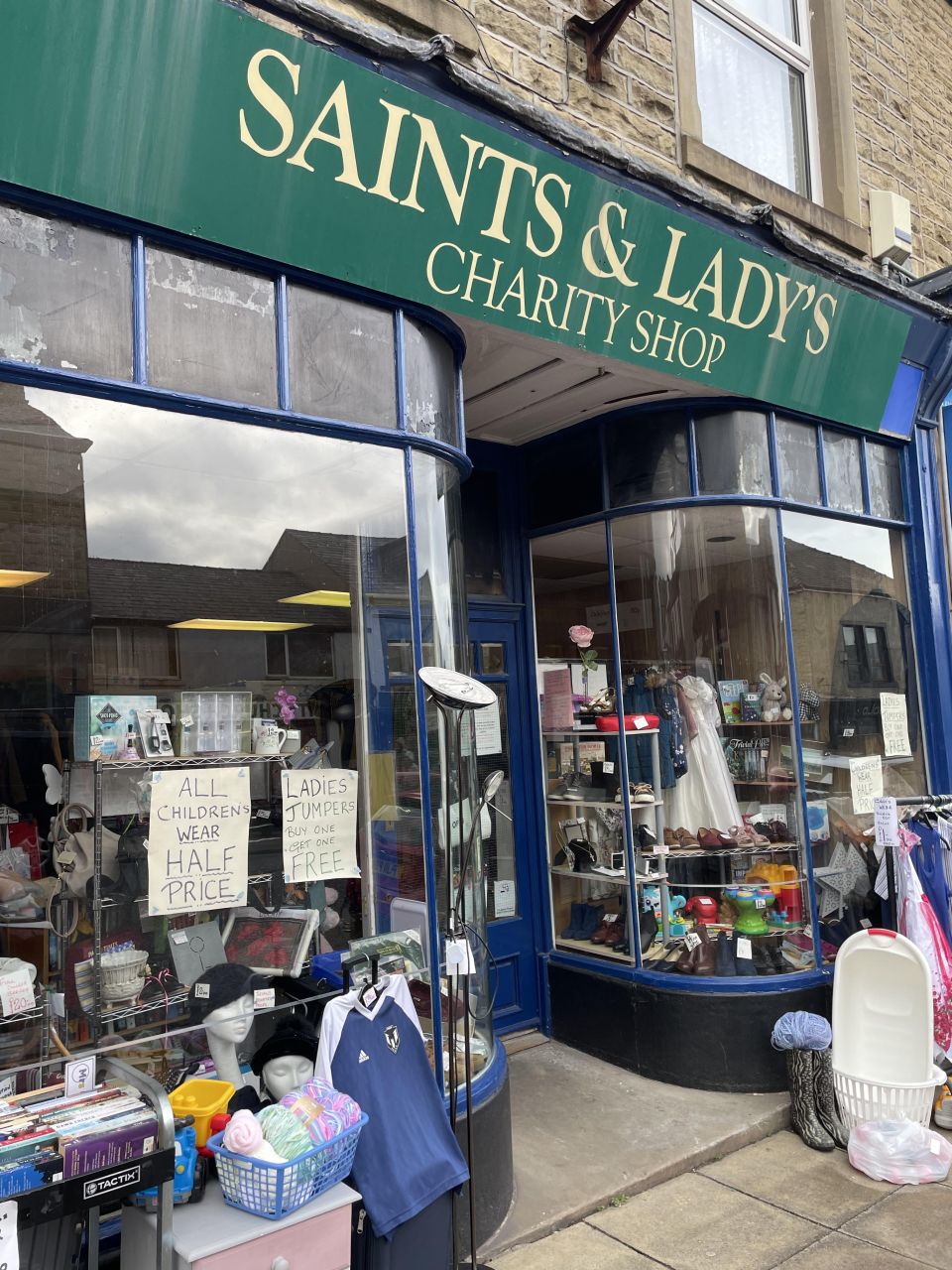 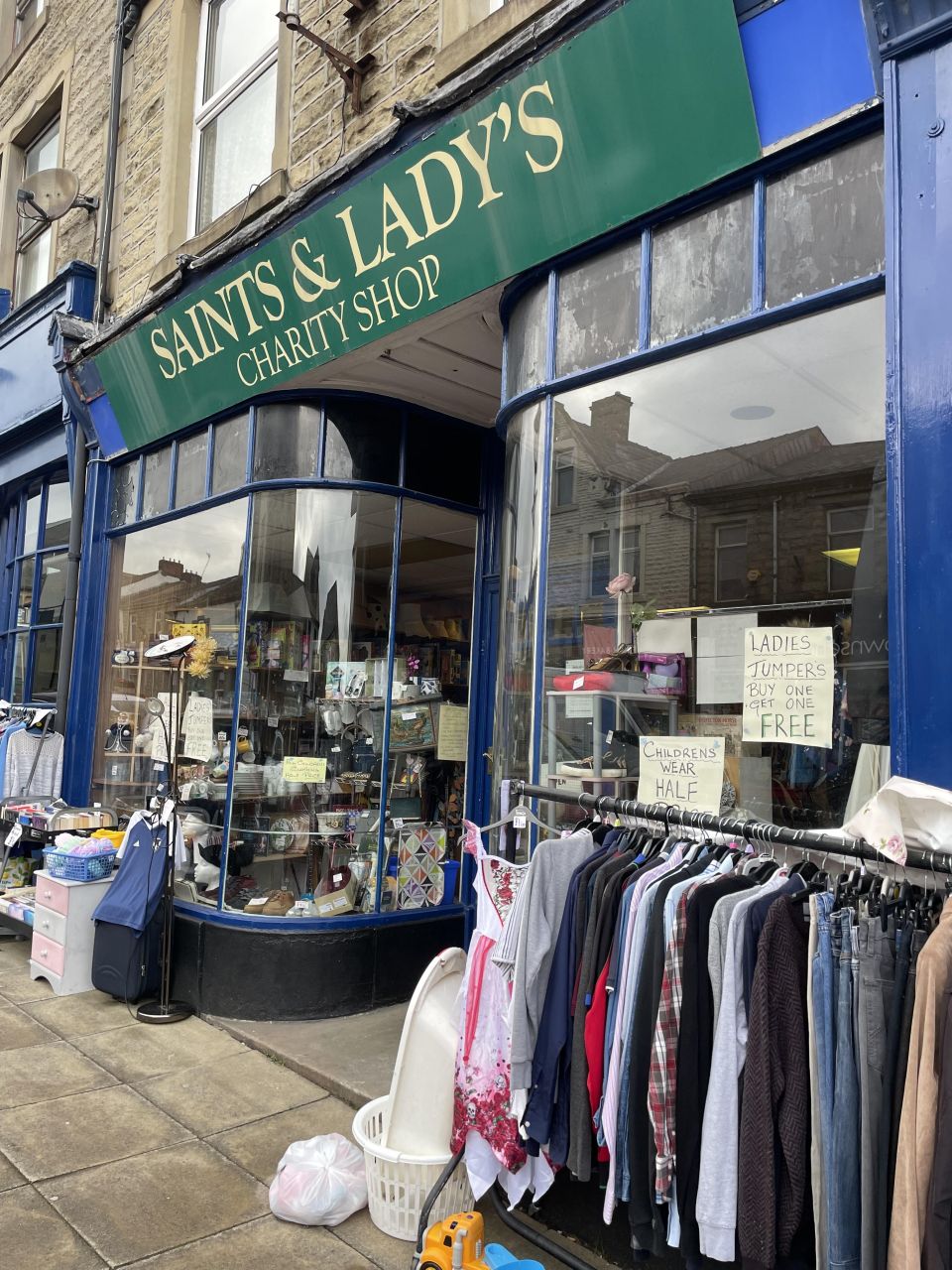 We have had many ladies that have worked voluntarily over the last 21 years and now our numbers are decreasing due to age and illness. As you can see, the shop is a huge asset to the parish and we need to have new volunteers to keep the shop open and provide essential funds to assist in keeping the Churches in good repair.

All we ask is that you give us 3-4 hours once a week (or more if you prefer) to keep the shop thriving. We are fortunate that we get plenty of donations, but we need staff to sort through the donations, and staff to work in the shop itself selling the items. It is a friendly place with lots of visitors and banter. Please help us to keep the shop open and continue to fund the Parish. 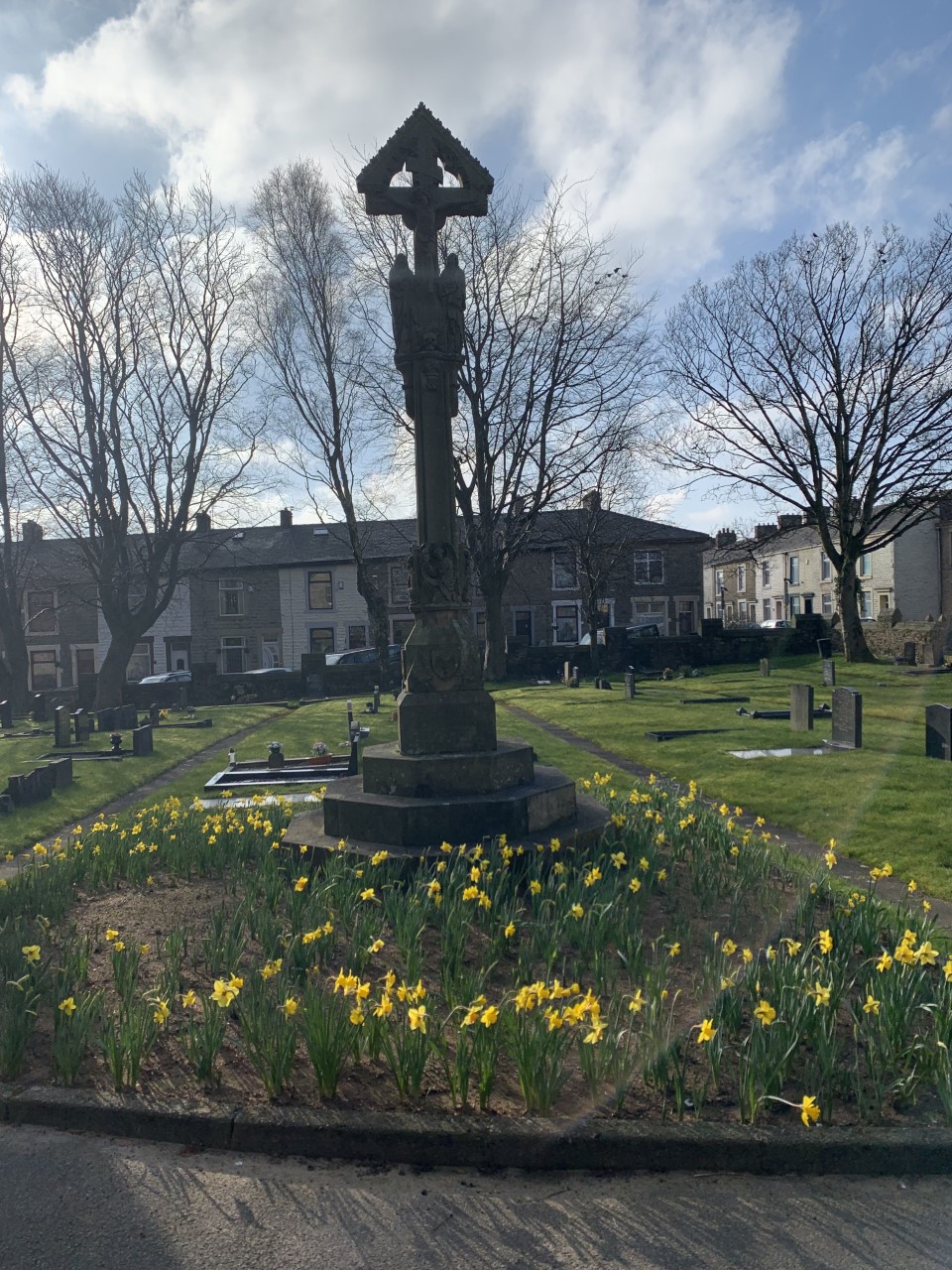 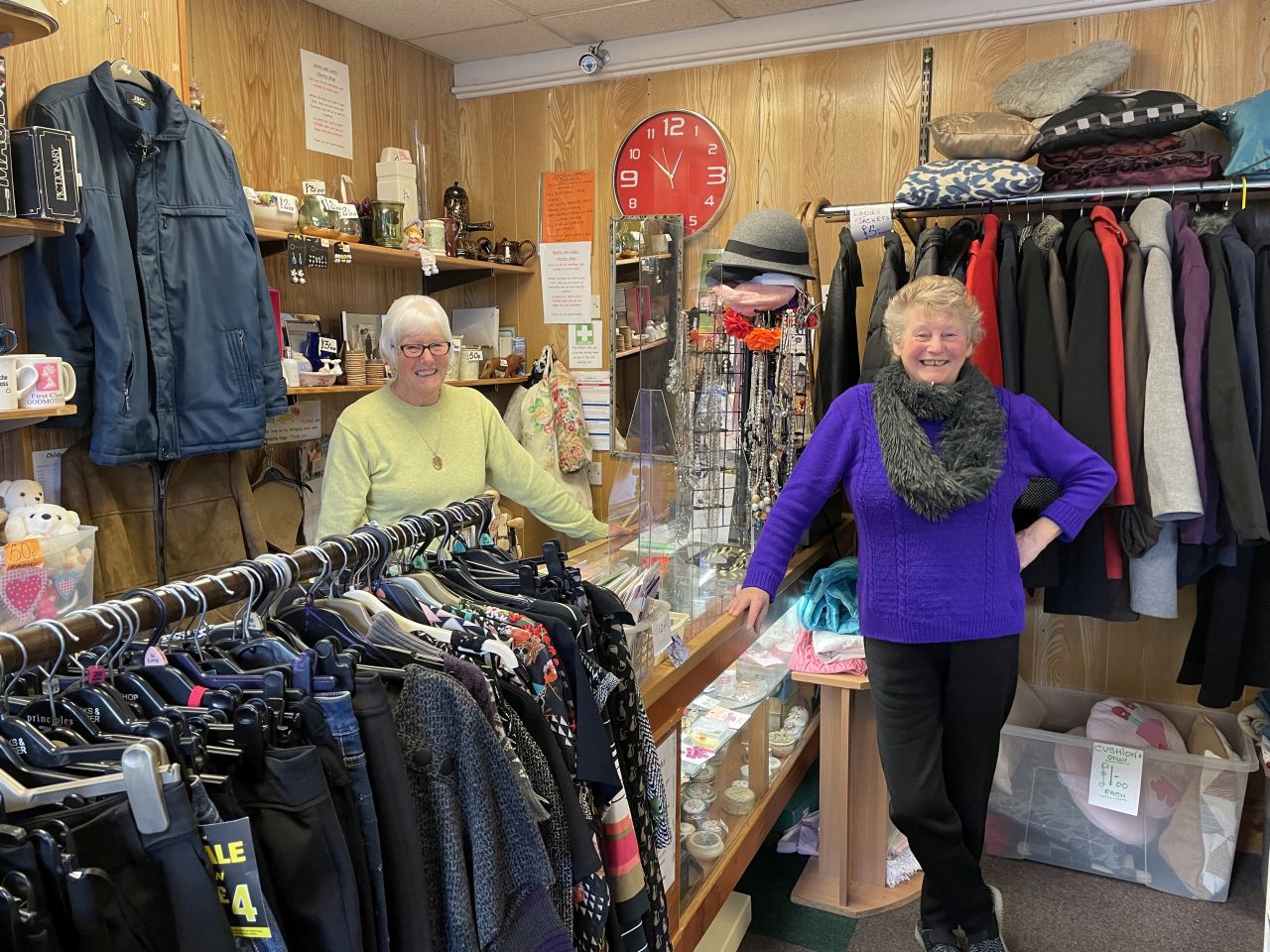 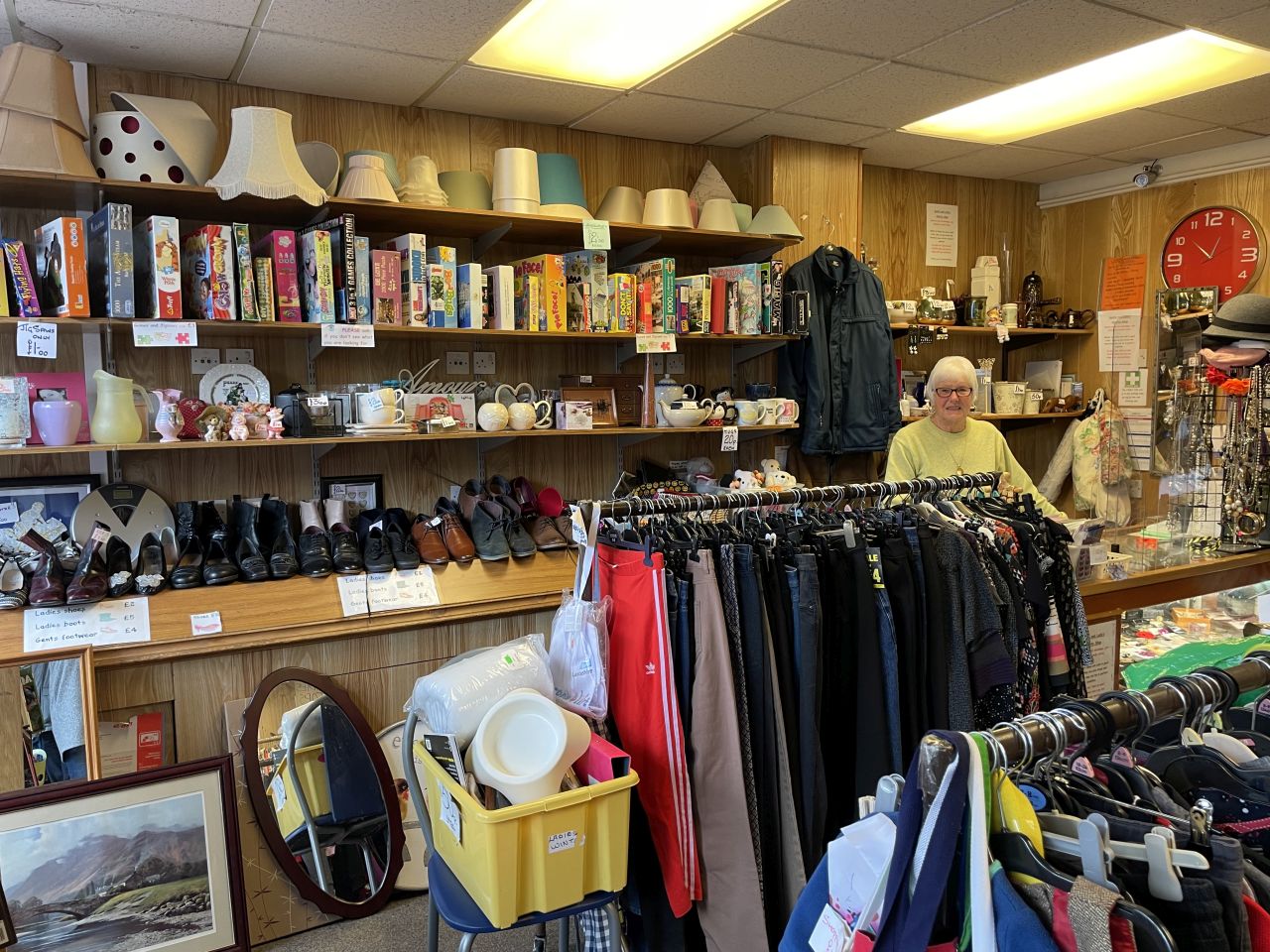